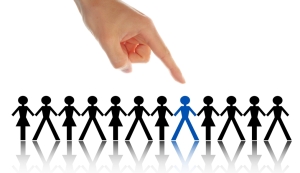 This year, the world’s largest multi-cultural event will take place in Brazil.  The Summer Olympic Games bring together athletes from many nations.  When the events end, the athletes return to their countries of origin… Well, not quite!  You only have to look at the multi-ethnic face of Team Canada to see that Canada is not the country of origin of many of our athletes.  The multi-ethnic profile of the team mirrors the multi-cultural mix of our country and so many other countries of the world.

Changing demographics in Canada and the emergence of potentially lucrative ethnic markets have brought attention, effort and investment in marketing to ethnic groups, with varying degrees of success.   “Multi-cultural marketing” may be a buzz word for some, or may mean big business for others.  To be successful, marketers should embrace fundamental truths, which, when understood, will dispel some persistent misconceptions and support successful multi-cultural marketing strategies.

Fundamental truth #1 – There are sub-groups and cultural differences within ethnic groups.

For example, there are linguistic and cultural differences among Africans, people of colour from the Caribbean and African-Americans.  However, I often wonder what ROI has been achieved on Canada Post’s full-page ads in the Community Contact newspaper for MoneyGram transfers to Africa.  Community Contact is a Montreal-based newspaper that caters primarily to Black Anglophones of Caribbean origin, many of whom are avid cricket fans.  I was quite surprised a few years ago, when Canada Post did not chose to advertise its promotion of the World Cup of Cricket in the Community Contact newspaper, but continued to advertise MoneyGram transfers to Africa – a service used primarily by Québec’s African community, which does not comprise the majority of the newspaper’s readers.  This example illustrates that Canada Post, like many marketers, don’t understand that there are linguistic and cultural sub-groups in ethnic communities with different lifestyles and interests.

Fundamental truth #2 – Ethnicity does not always play into consumer choices.  Members of Canada’s various ethnic and cultural groups generally feel a sense of belonging to Canada.

An Ethnic Diversity Survey conducted by Statistics Canada indicated that half of the population identifies with their ethnic or cultural group.  The study also found that ethnic attachments persist, but weaken over several generations and Canadian identity increases with the number of generations a person’s family had lived in Canada.

It is important for marketers to understand the conditions in which ethnicity and cultural affiliations become relevant to consumer engagement and purchase behaviour.

I do believe that strong ethnic attachments emerge under certain conditions, such as international competitions and cultural and sporting events.  For example, the stellar performance of the Jamaican Olympic team in the track events elicited strong ethnic and cultural affiliations among second and third generation Canadians of Jamaican heritage.

Myth #3 – To appeal to ethnic groups, marketing efforts should be focused only on ethnic products.

Fundamental Truth #3 –There is a higher demand by ethnic groups for some non-ethnic products than among the general population.

An Environics Multicultural Imperative study found that recent immigrant and second generation members of visible minority groups are highly educated, are interested in status symbols, recognition and appearance and are likely to own their own homes within the first six years of living in Canada.

For this reason, marketers in the banking, retail and home improvement sectors should pay particular attention to ethnic consumers.  It is important to understand when and where to invest in marketing activities geared to this audience and build worthwhile relationships without alienating non-ethnic clients.

That said, there are needs that are specific to ethnic markets that are not being met through the mainstream supply chain.  A good example is beauty products, particularly hair and skin care products specific to the needs of ethnic groups, are not widely available in the major retail stores… I can personally say that this is my biggest frustration living in Canada!  With the new immigrant and ethnic populations growing at a rate faster than non-visible minority groups in Canada, retail marketers should consider ethnic products as potentially lucrative contributors to their product line-ups.

Statistics Canada predicts that by 2031, roughly one in every three people in the labor force could be foreign born.   The presence, needs and influence of these consumers cannot be ignored, and will have to be addressed in demand surveys and other market research activities, now and in future years.   Multi-cultural marketing in Canada will have to be integrated in the marketing plan of every business that intends to be sustainably successful.  This, in my view, is the BIG picture.

Consider the following areas to focus on:

There is a growing body of research and resources to support multi-cultural marketing.   There may be other resources available.  Your comments and suggestions are welcome.

This is an updated version of an earlier post.  Although the post was written 4 years ago, the myths about multicultural marketing still persist.

Enabling businesses and people to be successful. This is my mission, my life’s work. It’s always been what I have done wherever I’ve been employed, called to serve or to volunteer. An experienced business leader, my core values are truth, integrity, and respect. I believe that values-based leadership is critical for organizational success that is enabled by an engaged and empowered workforce. Working over the years in several senior marketing, communications, and executive leadership mandates for global, financial, healthcare, and non-profit organizations, it has been through times of transformation and difficult change that I have done my best work. In my blog posts, I share my perspectives on leadership, marketing and strategy that are based on my key learnings and observations over the years, all with the objective of helping others reach for success. In my spare time, I enjoy the beauty of nature which I reproduce in my pastel paintings. View more posts